A Day at the Seaside 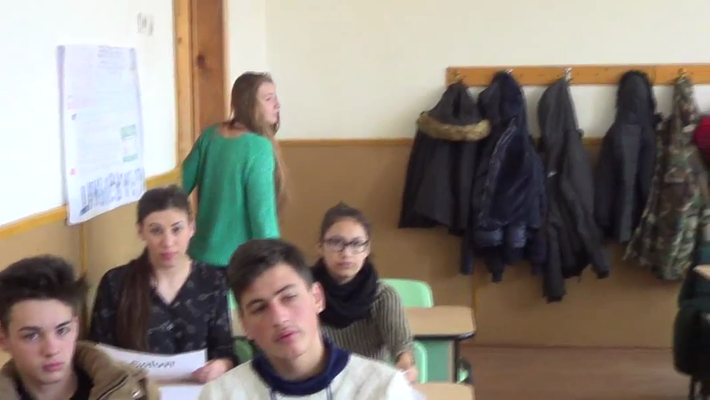 Important people in our country

Many of George Enescu’s works were influenced by Romanian folk music. His most popular compositions are the two Romanian Rhapsodies, the suites for orchestra and the opera Oedipe.

Every year, in September, The "George Enescu" International Festival is organized at Bucharest, with  the participation of the most famous philharmonic orchestras.

MIHAI EMINESCU (1850-1889) was a Romantic poet, novelist and journalist. He is unanimously celebrated as the greatest and most representative Romanian poet.

His poems span a large range of themes, from nature and love to history, philosophy and social commentary.

A few, most famous poems: The Vesper, Mortua Est, Letters, Ode in Ancient Meter, The Lake, Blue Flower, Epigones, Epistles-Satires. Eminescu's poems have been translated in over 60 languages.

He is known all over the world for his discoveries in many domains : aeronautics, transports, biology, industry, medicine, constructions, environment. Many of his 250 inventions are at the base of systems, machines, tools, which are in use even today in various industries.

The international airport of Bucharest was named after him.

CONSTANTIN BRÂNCUȘI (1876-1957) is one of the greatest sculptors of the world, a man of genius and the pioneer of modernism. He had a great influence on the sculpture of the XXth century.

His works (i.e. Bird in Space, The Kiss, The Prayer, Portrait of Mademoiselle Pogany) can be admired in museums all over the world and three of his most famous ones – The Endless Column, The Gate of The Kiss and The Table of Silence – are in the the town of Târgu-Jiu, Romania.

VLAD ȚEPEȘ (VLAD THE IMPALER) (1431-1476) ruled over Wallachia, a historic region in Southern Romania. Due to his constant fights against the Ottoman Empire, he is a very important figure in Romanian history. His entire reign goal was to keep Wallachia independent.

He is also known for the cruel methods of punishment of his enemies, as he used to impale them.

Vlad Țepeș was the source of inspiration for the British writer Bram Stoker for his character, Dracula. The setting of Stoker’s novel is the Romanian province of Transylvania.

5 PLACES YOU SHOULD VISIT

Sarmisegetuza Regia was the capital and the most important military, religious and political centre of the Dacians prior to the wars with the Roman Empire. Erected on the top of a 1200 m high mountain, the fortress, comprising six citadels, was the core of a strategic defensive system in the Orăştie Mountains .

Sarmisegetuza Regia should not be confused with Ulpia Traiana Sarmisegetuza, the Roman capital of Dacia built by Roman Emperor Trajan some 40 km away.

Alba Iulia,  located on the Mureş River, in the centre of  Transylvania , is the largest citadel in Romania. Being mentioned in the Roman period by Ptolemy as Apulum, the city  had an important role in Romania's history: in 1599 Michael the Brave, Voivode of Wallachia,  entered Alba Iulia and was the first who unified the three provinces, Wallachia, Transylvania and Moldovia under his rule; on the 1st of December 1918 people of Transylvania gathered in Alba Iulia to proclaim the union of the province to the Kingdom of Romania; in 1922 Ferdinand I was crowned King of Romania in Alba Iulia.

Nowadays Alba Iulia added to his historical prestige the attributes of an important economic, touristic and administrativ city.

The Voroneț Monastery is a medieval monastery in the Romanian village of Voroneț. It is one of the famous painted monasteries from Southern Bukovina, in Suceava County. The monastery was constructed by Stephen the Great in 1488, over a period of 3 months and 3 weeks, to commemorate the victory at Battle of Vaslui. Often known as the "Sixtine Chapel of the East", the frescoes at Voroneț feature an intense shade of blue, known as "Voroneț blue."

The Danube Delta is the second largest river delta in Europe, after the Volga Delta, and it is the best preserved on the continent. The greater part of the Danube Delta lies in Romania (in Tulcea County), while its northern part, on the left bank of the Chilia arm, is situated in Ukraine (Odessa Oblast). Its approximate surface area is 4,152 km2 (1,603 sq mi), of which 3,446 km2 (1,331 sq mi) is in Romania.

The Danube Delta is a famous touristic attraction in Romania due to the wonderful flora and the diversity of the birds.

The Merry Cemetery is situated in the village of Săpânța, in Maramureş county.  It is famous for its colourful tombstones made of wood, with naïve paintings describing, in an original and poetic manner, the persons who are buried there as well as scenes of their lives. The Merry Cemetery became an open-air museum and a national tourist attraction.